Saturday School Foundation is an educational non-profit foundation who creates a learning space that allows everyone in the society to participate in the development of Thai education. It is believed that everyone can be a part of the transformation of education by encouraging children to dare to pursue their dreams and return to make a difference to their communities and society. 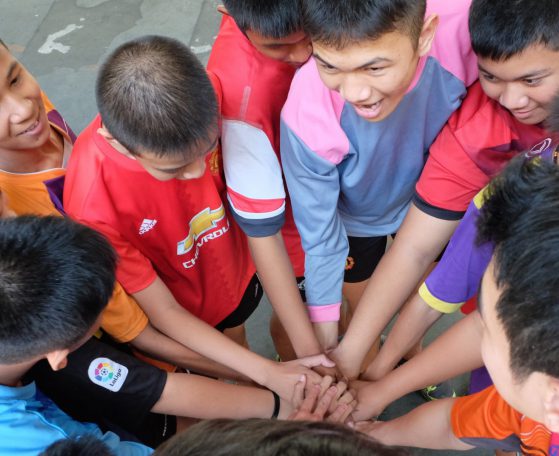 Thailand will be full of children who dare to pursue their dreams and make a difference to their community and society. 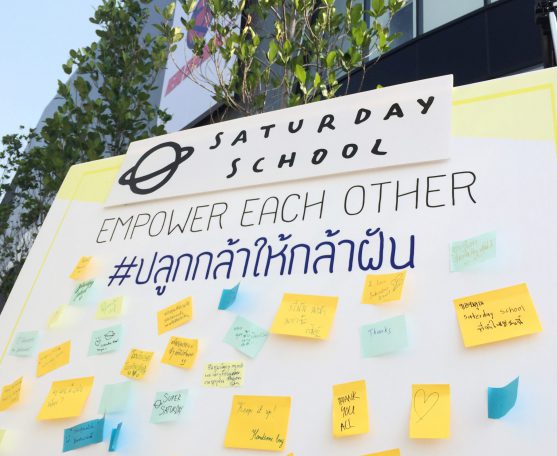 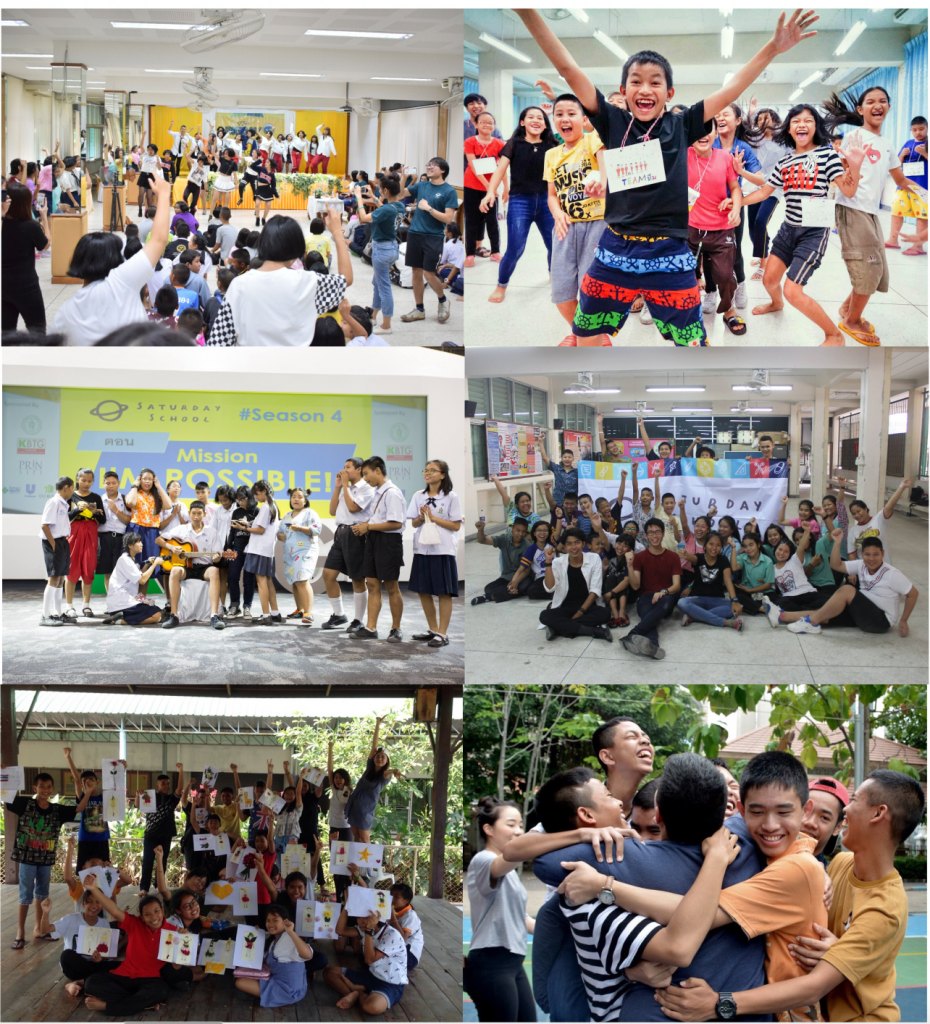 In 2014, Mr. Sorawit Paiboonrattanakorn, also known as Teacher Giraffe, had the opportunity to become a teacher at Pian Pin Memorial School. During his teaching, he has realized that It is not possible for children to fully express their potential if students are tested and graded by compulsory school subjects alone.

Teacher Giraffe initiated the Saturday School project based on the idea that educational design is not just the duty of the people in the education system. But everyone in society can help each other design education.
Teacher Giraffe publicly started the project with talented acquaintances who volunteered to organize activities for the children at the school on Saturday mornings. It was well received by both the volunteers and the children, and found that the volunteers wanted nothing more than seeing the children being entertained and enthusiastic about the activities. This made Teacher Giraffe sought to expand the project to many other schools later.

Over the past 6 years, the project has been developed as a foundation. Currently, there are more than 27 opportunity expansion schools in Bangkok and 1 area in Nakhon Si Thammarat joining the Saturday School foundation. Participating volunteers have the opportunity to develop themselves and create opportunities to make an impact on the education of others. In addition, Saturday School has a number of projects to help develop children’s potential and Thai education in different aspects. The foundation has now 1,972 volunteers and has contributed to the development of 7,066 children and is about to bring broader change for children in Bangkok and the neighborhood, and other provinces across the country.